Warning: Parameter 2 to _filter_fw_ext_sidebars_title_like_posts_where() expected to be a reference, value given in /home/medawh5/public_html/wp-includes/class-wp-hook.php on line 287

One of my favorite people is getting married again today. It’s not to the same person they were previously married to, although I have seen that done. That was one of the most memorable weddings I’ve ever witnessed. Because of the informality of the ceremony, the sister of the groom paid him back for a little incident at her wedding. This is the South. If your imagination strayed toward beer cans leaking from tuxedo pockets and bridesmaids in combat boots, you’re on the right track.
Thinking about second and third marriages made me wonder about the formality, or lack thereof, of the ceremony. My dad spent a bundle on my first wedding and that marriage only made it two years. The second time around, my husband and I had to pay for the wedding ourselves, so we eloped and took an awesome honeymoon trip to the Netherlands. That was thirteen years ago and we’re still living our happily ever after. 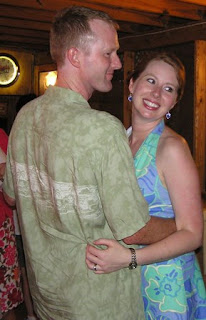 Most people I know, who have walked the aisle more than once, do it less elaborately after the first time. I don’t believe that is because of low expectations. When we commit our lives to someone in marriage, whether it’s for the first time or the last, we still have to believe it’s a permanent situation. I think we do it less elaborately on the second or third go because the focus has shifted. It’s more about the relationship at the center of things than the pomp surrounding the ceremony.

As a romance writer, I’ve written several weddings and none of them have been big and fancy. They’re all intimate gatherings or elopements, even the ones marrying for the first time. Is it because my characters are older and wiser? Maybe. Is it because my personal experience has taught me to focus more on the marriage than the wedding? Probably.
I hope my loved ones have found their happily ever after with each other. I wish them many happy years together. 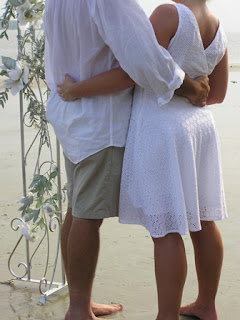 If you could tie the knot all over again, knowing what you know now, would you do it differently? Do you still believe in Happily Ever After?